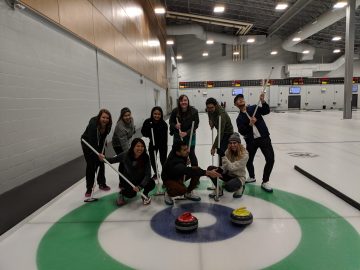 The digital world is here to stay. Our lab has been interested in the types of peer interactions that teens and emerging adults have on social media platforms as well as in modern video games. In several projects now we have studied

users’ posts and comments with their friends on social media platforms, and if you see us walking around campus in pairs with our smartphones it’s probably for the study about friendships among Pokemon Go players.

We are conducting a study testing an online tutorial that we created, which we hope will help users of Instagram and Facebook to engage with these platforms in ways that make them feel more positively about themselves and their friends. We think that it’s not the amount users are on Instagram and Facebook, it’s the way in which they are using it, that may make the biggest difference for adjustment, friendship development, and well-being. Nonetheless, we are also testing whether simply cutting back on social media use will also be helpful, in the absence of taking the tutorial.

In a previous study, we examined the social relationships of first year University of British Columbia students in face-to-face contexts as well as on Facebook. We sought to understand how relationships offline and online contribute to academic success, emotional adjustment (such as lower anxiety), and feelings of belonging in their transition to University of British Columbia. This dataset is available for graduate and undergraduate student projects. Manuscripts from this dataset include Mikami, et al. (2019) Journal of Research on Adolescence, Khalis and Mikami (2018) Computers and Human Behavior, and Khalis et al. (2019) Emerging Adulthood. 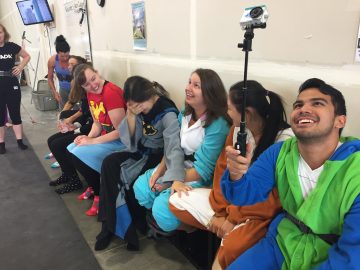 Kristen, Sophie, Mary, and Adri can’t wait to do flying trapeze. Jenn, however, can wait.

We also have two datasets now involving Pokemon Go players that have yielded some interesting findings suggesting that the players who are highest in social competence and extroversion in face-to-face relationships may be doing the best at accomplishing in-game goals as well as having the most positive social interactions with other players. See Khalis and Mikami (2018) Personality and Individual Differences. 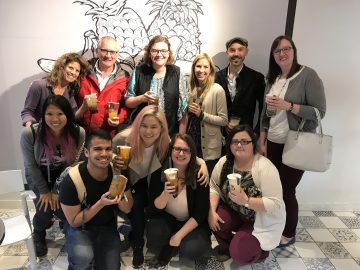 Some children have difficulty getting along with classroom peers. These peer problems can contribute to children disengaging from school and ultimately, learning less academic material in the classroom. Teachers are sometimes at a loss to know how to manage children’s social problems.

Our lab designed an intervention, MOSAIC (Making Socially Accepting, Inclusive Classrooms), to help peers be more inclusive and tolerant of one another. We think that MOSAIC will have particular benefit for students with ADHD (because these children tend to have peer and academic problems), but that MOSAIC should help any student who is seen as different by their peer group and is at risk for being socially marginalized.

We have just finished up with the current study, which was a dual-site trial between UBC and Ohio University in the United States. We are testing MOSAIC in general education elementary school classrooms (grades K-4) during the regular school year.

The results from the pilot study in the summer camp seemed to suggest that MOSAIC practices improved peers’ perceptions of children with ADHD, but this was not true in the main trial in schools. However, in the main trial in schools, teachers reported students who received MOSAIC to have better social and academic adjustment. For children high in ADHD symptoms, they perceived their relationship with their teachers to be more positive if the teacher had been part of MOSAIC. This highlights the difficulty with changing peers’ perceptions of students with ADHD.

To better understand the findings from the recent trial of MOSAIC, we are also running a small follow-up study over zoom to collect data about students’ perceptions when they view teachers delivering the MOSAIC practices. We are trying to determine children’s interpretations of why teachers would do the practices from the MOSAIC program.

It can be painful for parents to watch their children never get invited to birthday parties and playdates, but it is hard for parents to know what to do about these problems. 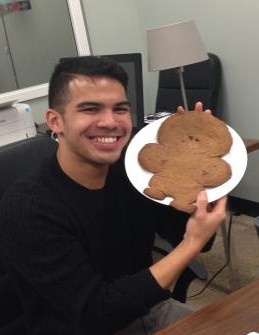 lab secret valentine: Adri receives a cookie made in his likeness

We have recently completed a dual site clinical trial (Vancouver, BC and Gatineau, QC) comparing two psychosocial interventions to assist parents of elementary school-age children with ADHD to understand and handle their children’s friendship problems. One intervention was Parental Friendship Coaching, a behavioral parent training program created by our lab. The other intervention was a psychoeducation and support group that has been found to benefit families in the past.

This trial finished in the summer of 2018. We assessed the efficacy of the treatments on children’s social behavior, friendship making, and relationships with their parents. We were interested in knowing which treatment is most useful for what type of problems, or which type of children. We found that families who received Parental Friendship Coaching showed more parental behaviors that supported friendships, and children demonstrated better social behaviors with their close friends. For instance, children were more likely to share with their friends, and less likely to be aggressive or a poor sport in games. Although overall both interventions resulted in children showing better friendship quality (positive emotional bonds with friends), Parental Friendship Coaching was particularly helpful for two subgroups of families: those whose children had comorbid oppositional defiant disorder or conduct disorder, and those who had received psychosocial treatment prior to joining out study. The knowledge we gained can hopefully be used to help match families with appropriate treatments in the future.

Previous to the current trial, this lab collected pilot data about one of the interventions in 2007-2009 from 124 families, 62 of whom had children (ages 6-10) with ADHD and 62 of whom had age– and sex– matched typically developing children. Results from that dataset also suggested that the Parental Friendship Coaching program was helpful in improving parenting behaviors and the parent-child relationship, as well as children’s behaviors with friends on playdates.

The main results from both datasets have been published (see Mikami et al. 2020, Journal of Consulting and Clinical Psychology; Smit et al. 2021, Research on Child and Adolescent Psychopathology; Mikami et al., 2010a, 2010b, Journal of Abnormal Child Psychology) and the datasets are available for students. The Parental Friendship Coaching treatment manual has been published by Routledge and is available for purchase. 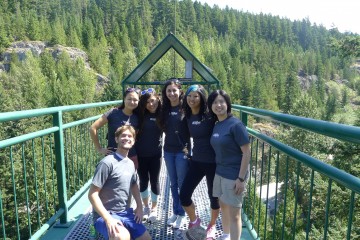 Our lab has been working on an evaluation of My Teaching Team. This is a teacher professional development intervention with secondary school teachers, being administered in Virginia (United States). The project is in collaboration with Bridget Hamre, Meghan Stuhlman, Erik Ruzek, and Joseph Allen (University of Virginia), and Anne Gregory (Rutgers University).